Get fresh music recommendations delivered to your inbox every Friday.
We've updated our Terms of Use. You can review the changes here.

by The Mighty Sparrow 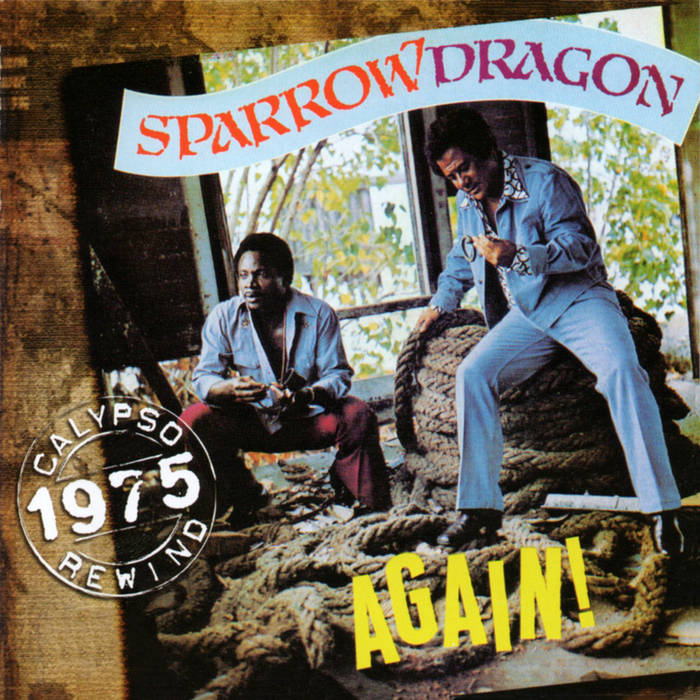 Sparrow Dragon Again, recorded in 1975, is one of two albums (the other being Sparrow Meets the Dragon, 1969) that the Mighty Sparrow recorded with the great Jamaican bassist-bandleader-producer Byron Lee (1935–2008). Lee is widely credited with introducing the electric bass to Jamaica and helping to popularize its use. The versatile and defatigable Lee led the Dragonaires for decades, issuing dozens of albums in a variety of Caribbean styles, including ska, calypso, reggae and soca.

This album consists of nine Sparrow vocals and three instrumentals by Lee and his band. There are two remakes of vintage Sparrow tunes—"Obeah Wedding" and "No Kind of Man At All"—and a new song written by Sparrow, "Dragon Dance." Sparrow also croons the David Gates composition "If" and pours his heart out on "Let Me Try Again," a tune made famous by one of Sparrow's musical heroes, Frank Sinatra. (Sparrow reprised the number on his 1978 album Only A Fool.)

The cover versions prove (again) that Sparrow was comfortable in multiple musical idioms and always had great potential as a crossover artist.

One final note: This is probably the only album by the Mighty Sparrow that features MELLOTRON (credited as "Mellotron strings" by N. Hinds). This haunting keyboard device, whose sounds derive from tape loops of pre-recorded instruments, was an early analog sampling device. It first came to prominence in the late 1960s on studio recordings by the Beatles, the Bee Gees, the Moody Blues, King Crimson, and others. By 1975, when Sparrow Dragon Again was recorded, the Mellotron had become something of a relic, superseded by a dazzling array of electronic instruments which were revolutionizing the musical landscape. On this album, the Mellotron is not used as a novelty, nor is it used for psychedelic effect. It blends in tastefully with the arrangements.

Sparrow's voice is in top form on these spectacular performances. This album was one of Sparrow's last before the soca craze took over and, sadly, made classic calypso passé. Sparrow changed with the times—and with great commercial success.

The Mighty Sparrow Trinidad and Tobago

Bandcamp Daily  your guide to the world of Bandcamp

The Hammer and The Relentless from the Boston band Malleus stop by for a chat.